This July sees the climax of a blistering summer season for Spectrum Singers, an a cappella group of accomplished choristers from around the Vale. 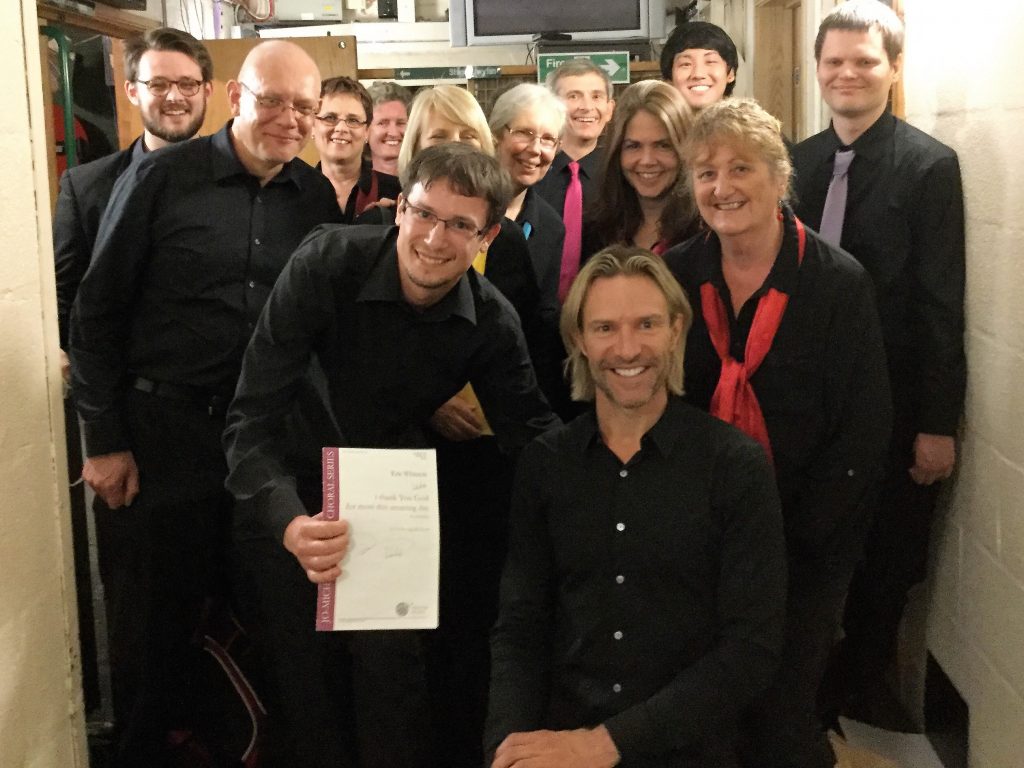 The National Trust welcomes Spectrum back to the Great Hall of Dyffryn’s splendid mansion, hosting an evening concert in celebration of the living world and its natural rhythms in folk songs, jazz beats and soaring sacred music. As part of Making Music’s Adopt a Composer project, the chamber choir have collaborated with Rosie Clements, an emerging young composer who has turned her talents to creating a new piece inspired by Dyffryn, which will be premiered at the concert and recorded for BBC Radio 3.

Fresh from supporting ‘this decade’s choral sensation’, Eric Whitacre, creator of global phenomenon The Virtual Choir, at a pre-concert event at St David’s Hall and Classical Brit award winners, Only Men Aloud, at Dinas Powys Music Festival earlier this year, the concert on Saturday 8 July entitled ‘Air’ sees Spectrum Singers taking centre stage, putting the Vale on the musical map with a piece composed for the choir from Penarth’s ‘Garden by the Sea’, inspired by the flora of Dyffryn and the Vale of Glamorgan.

The commission ‘In Reginald’s Garden’ has been written especially for Spectrum Singers by emerging talent Rosie Clements under Making Music’s Adopt a Composer scheme, in partnership with Sound and Music and BBC Radio 3, funded by PRS for Music Foundation.

Composer Rosie Clements said: “This piece is inspired by the history, ethos and stories surrounding Dyffryn House and Gardens. The house was once home to Reginald Cory, a plant hunter who travelled the world collecting seeds and specimens. This is why the gardens are so vibrant and beautiful.

“My search for inspiration started here, and it’s where the piece will be performed for the first time. The ever-changing nature of both the house and gardens gives the place an energy which excites me.

“The method of gardening at Dyffryn is also intriguing. There are no historical planting lists, but there are watercolour paintings by Edith Helena Adie, which they use for reference. Each year the gardeners take it in turn to guess which flower or plant they think is in the picture, getting closer every year. I find this fascinating and my piece is certainly influenced by this concept.”

Air – Evening Concert with Spectrum Singers at Dyffryn Gardens is on Saturday 8 July at 7:30pm –Tickets cost £15 including refreshments and are available from 029 2059 3328 or by following the link on spectrumsingers.org.uk.